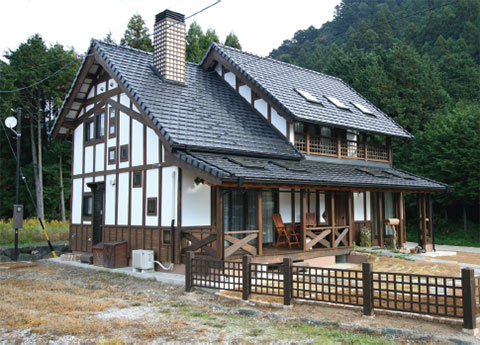 This couple built a house resembling a resort cottage in Aichi Prefecture. They painted GAINA on the exterior as well as on the interior walls and ceilings. The first thing the couple noticed was how refreshing the air was in the new home.

“The air is not humid at all, even without the use of an air-conditioner; the house is very comfortable! Even the dehumidifying crystal packs we placed in the closets remain dry.”

say the owners. The combination of GAINA’s permeability and natural wood create a refreshing atmosphere. The insulation effect was greater than expected as well. In their previous home, the couple suffered during the hot and humid summers, but now they rarely need to turn on the airconditioner.

“Every day is so comfortable, thanks to GAINA!” 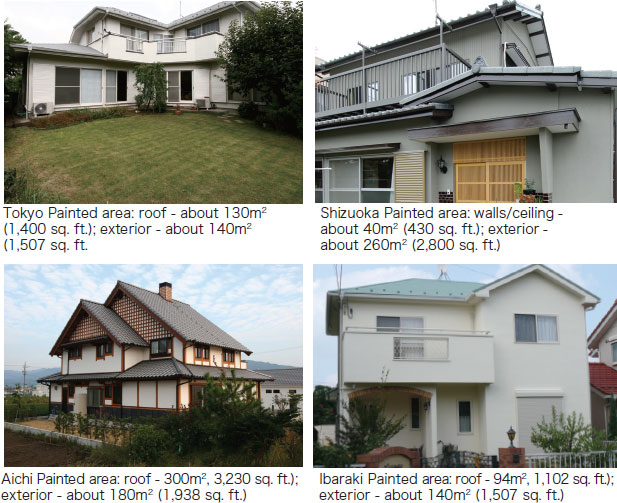 Many people have benefitted from GAINA’s insulation performance. “It was so hot, we needed air-conditioning 24-hours a day,” says one Tokyo resident. When a friend recommended GAINA, which offers superior insulation without complicated construction, this owner decided to his roof and exterior walls. Now his house is surprisingly cool. A resident of Shizuoka Prefecture says,

“I don’t feel the heat as much during the summer.”

A home-owner in Aichi Prefecture, who couldn’t stand the heat on the second floor of his house, says,

“There is no major temperature difference between the first and second floors anymore. I can just open the windows and it feels cool.”

One Ibaraki Prefecture resident measured the temperature of his roof after applying GAINA. He comments,

“I was surprised to see that the temperature dropped more than 28°C(82°F).” 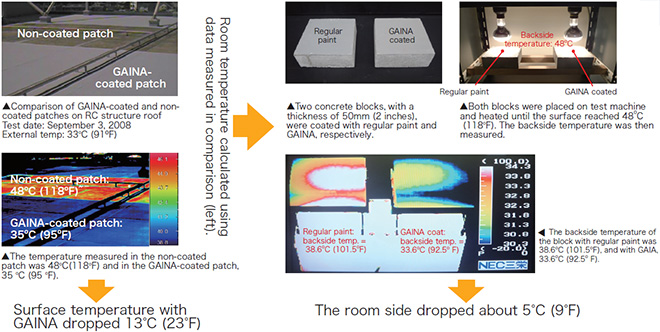 Even when the room temperature is low, if the temperature of the ceiling and walls are high, heat can permeate inside. With an internal coat of GAINA, cool air from the air conditioner and GAINA-coated surfaces immediately adapt, keeping heat transfer to a minimum. (Same mechanism as Interior coating improves heat retention described above)